I've read a lot of discussions about the impact of a motorcycle trailer on a bike's gas mileage but had never tracked it for myself. On my recent run down to the Georgia Mountain Rally in Hiawassee, I decided to pay closer attention.

I thought it would be especially interesting since I was pulling a Mini Mate motorcycle camper loaded with four boxes of books. It would be the heaviest pull I've done in a while. The Mini Mate weighs in at 265 lbs. empty and I usually carry very little gear, so my total towing weight with the Mini Mate almost never exceeds 300 lbs. In this case, four boxes of books added 160 lbs., plus the additional stuff I needed for my booth at the rally. I figured by the time I was done, I was looking at a weight of something in the range of 420 to 450 lbs. That's about the same weight as a Time Out Deluxe loaded with gear. 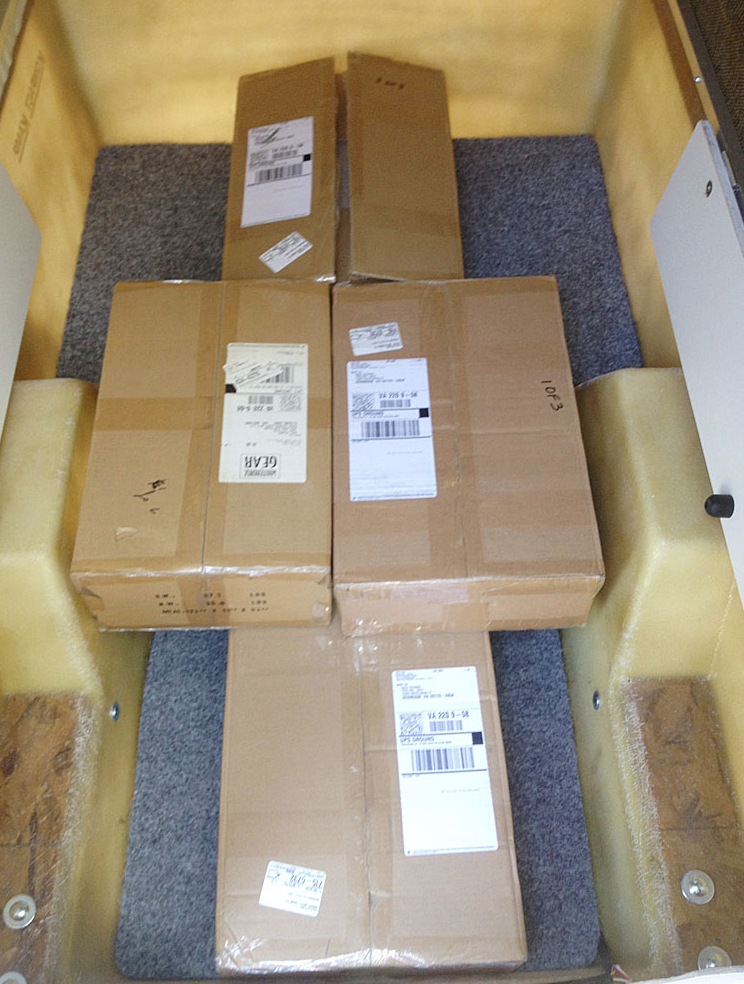 A lot of factors go into determining gas mileage. The biggest factors are speed and weight, but other elements play a role, too, like the size of the bike and its power (Honda ST-1300), riding style, terrain, and weather. Especially headwinds. More about that later.

The ride to the rally and back covered about 1200 miles of mixed roads including state primary routes, US highways and some Interstate. On the way down, I plotted a leisurely route that included a greater variety of roads than the return trip. About half way into the run to the rally, I picked up I-40 from Greensboro, NC to Asheville, NC where the pace picked up. I increased my pace to stay up with traffic.

The last segment included long pulls up steep hills on US 23 and US 64 to the turn for Hiawassee, but also corresponding long runs down those same grades. Borrowing a page from the hypermiler's handbook, I pulled in the clutch and coasted. On one stretch down US 64 I coasted for 4 miles at or above the speed limit. That was kind of fun. It probably boosted my mileage on those long grades by 1 mpg.

Let's just say the trip back was an entirely different story. After 3 days of unceasing high winds, toppling trees, 45 degree daytime highs and intermittent wind-driven rain, I was ready to get back. Right now. Seeing a break in the precip on my weather app, I executed an escape plan.

The winds were unbelievable, and in my face for the first 100 miles from Hiawassee to Asheville. Believe it or not, having the camper attached to the back of the bike makes it feel better in strong winds, like attaching a tail to a kite. Headwinds tossed the front end around like a pup with a rag doll, but the rear end stayed planted.

Mileage, predictably, took a hit. While I wasn't averaging very fast speeds, the headwinds added to the work the bike had to do to pull itself and the camper up those long grades, and the bike actually slowed on the downhill grades with the stiff headwinds buffeting the bike. I don't think it would've mattered whether I was towing or not, the combination of hills and weather conditions caused my mileage to plummet for the first segment of the return.

At Asheville, radar revealed that a turn north would get me ahead of the weather front and out of the rain, so that was a no brainer. I-26 is an easy run over the Bald Mountains of the Appalachian range between Asheville and Johnson City, Tennessee. At this point, the path home was made clear by predictions of 3 to 5 inches of rain and the sight of animals lining up two-by-two. I would pick up I-81 and make a bombing run home.

Riding now on long straights with lower grades, my mileage ticked up just a little bit even though I was twisting the throttle at a decent rate, keeping up with or passing some traffic, what most riders would consider a normal, safe pace. I stopped for the night in Salem, VA. I'd gotten well ahead of the bad weather, but it was still chilly. Escaping the worst of it tired me out, so I decided I would make the final run home the next day.

I didn't waste any time getting home. Let's put it that way. It was a brilliant sunny day out, but the lack of cold weather gear made it uncomfortable. So I just put my head down and banged out the last 225 miles.

Comparing this to my usual mileage without a trailer revealed that the impact isn't a much as I'd expected, even at the faster rates. My ST-1300 averages around 46 MPG when I'm making a long run at modest highway speeds, about 3 points higher than the best MPG I averaged pulling a loaded motorcycle camper at those same speeds. When moving at a faster pace on the Interstate or when I'm carving up some twisties, my average drops to 37 MPG or about 4 MPG better than when towing.

I would have thought the difference would be greater, especially on the return trip with higher speeds, but the numbers don't lie. Over the course of a 1,200 mile trip, towing the camper cost me about one extra tank full of gas, or about $21.

Considering the difference in comfort between camping in a puddle (complete with wind-driven whitecaps) and camping off the ground, high and dry, I'll gladly pay for the extra tank of gas and bring the camper along for the ride, every time.

P.S. Incidentally, I should add the camper handled great behind the bike, even with that much weight. I inflated the tires to 50 lbs. PSI (max is 60), and made sure the bike's tires were at their max as well. I loaded the books evenly across the bottom of the camper to keep the weight low and evenly distributed. I used engine braking when slowing for traffic lights so I didn't add too much strain to my brakes. Even descending the mountains of western North Carolina in driving winds and rain, I never felt like the camper was pushing the bike. It was still a fun ride!

Your cart is empty.